Reflection on one year of yoga

Posted on June 28, 2013 by Necessity is the Mother of Invention

Just about a year ago, I attended my first yoga class.  I did not really know what to expect, but as a long time runner and cyclist, felt like I could handle whatever challenge was thrown at me.  I did not realize, or even expect, that yoga would not only stretch me physically, but also emotionally and spiritually. Maybe that sounds corny, but it is certainly true that while yoga has changed me, its benefits sometimes seem less sustained that I would hope.  This must be an indication that I need to focus on the practice more consistently while also bringing the lessons of the mat to my life. 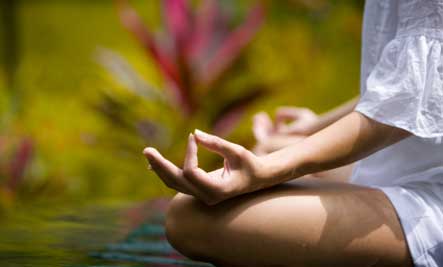 My first yoga class was in Three Oaks, at the  Yoga Glow Studio. I did my best to follow the instructions of the teacher who was attentive and patient with me, a new student.  I learned fairly quickly  to respond to the physical cues, and as someone who has some experience with physical demands, I was able to at least be in tune with my body in order to move it in subtle ways. However, the emotional, spiritual, and mental aspect of yoga pushed my boundaries and expectations. Yoga has challenged me to quiet the self-doubt, the noise of every day demands, and the stress of daily life.

I remember a class several months ago that brought me to tears, not because of the physical demands, but rather because the meditation at the end of class forced me to contemplate loss — but from a new perspective.  I thought about how my own experience of loss seems so infinitesimal in the scheme of the universe.  I wondered how I could not be incredibly thankful for the gifts I have been given, for the the opportunity to feel such loss must, in its essence, mean that I have experienced abundance.  Making peace with the present and the now has been my dedication at many classes.  Often, I offer my experience to my family, to seeking confidence, patience, and charity.

In my life away from yoga, I wonder, though, how my dedication works out in the real world of demands — work, family, children.  While I am sitting on my mat, in meditation, dedicating the practice, I feel confident that I will carry that feeling with me all day, and all week, even. However, I know that I fail to bring that with me too many times.  Yoga is making me aware of the distance I have to travel to carry that feeling of peace beyond the mat. I can hope that the work on the mat gives me more reserves for the moments in life  that challenge me.  I know I have a long way to go — that yoga is a process or a road to be on, rather than a destination.

I have also had a couple of months this year when I was not practicing yoga regularly.  I did notice that I was less patient, less resilient, less giving.  I suppose a part of me has always been aware of the connection between the physical and the mental, and my time as a runner has reinforced the positive benefits of exercise.  Yoga is more than just physical exercise, however. The community of practitioners are committed to the philosophy behind the practice, and the conversations I’ve had after class indicate a kinship that exists among those who support each other’s goals both on and off the mat.

Practicing yoga means taking action, but it also means accepting, and letting go — of the negative energy that clouds authentic relationships.  I am trying to work on letting go of that negative force, and I know from reading about those who spend a lifetime in practice that I have much to learn, much to develop.  Yoga has given me a road with many pathways to explore.  I have to be sure to keep focused on putting one foot in front of the other on the road, being patient, being open to the gradual transformation that yoga promises, especially in the moments of letting go.

2 Responses to Reflection on one year of yoga