Posted on February 5, 2012 by Necessity is the Mother of Invention 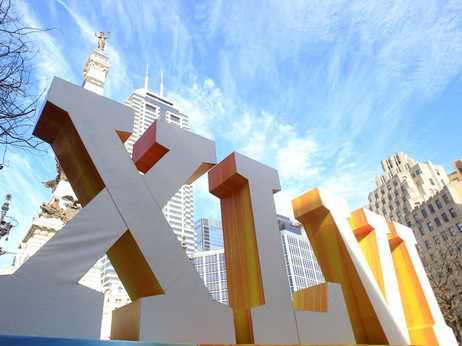 What if, instead of spending millions on advertising, the corporate greed-mongers donated all of that money to schools, hospitals, and unions?  What if instead of spending millions of money to fly super rich folk to the Superbowl, for a super tax write off, companies and the teams (and owners) paid taxes, big taxes, to the municipalities that built stadiums? What if corporations and the NFL were not allowed to bleed local economies dry to fill their own coffers?

A nagging feeling of excess made me do just a little research about the realities behind the big money at the Superbowl. Sure, it was great to see Madonna, but what if instead of the money dumped on that stage and the lighting, she donated all of that to local schools?

On NPR’s Planet Money, economist Victor Matheson of Holy Cross University,  notes, “More money than average is being spent in hotels and restaurants, but is then immediately leaving town…you have lots of dollars changing hands but it’s really money being sucked out of people’s hands and disappearing, rather than money that goes to build the local economy or repay a big stadium subsidy.” Matheson’s 21-page research article detailing the spurious claims that the Superbowl brings revenue to a host city, ends with the line, “It appears that most economic impact reports are ‘padded’ at least as well as the players on the field.”

A few additional articles noted that the so-called influx of money to “local economies” is really a scam.  When folks come into Indianapolis, for example, their money goes not to local business and local folks, but to the corporate headquarters of national hotel, restaurant, and entertainment chains. There is little data to support the notion that local governments that support the Superbowl on the backs of its citizens — by spending tax dollars on expensive stadiums for super rich teams who give nothing back to the local economy, gain anything for its people by doing so.  “The debate over economic impact has been going on in the academic literature for about twenty years,” says Craig Depken, an associate professor of economics in the Belk College of Business at UNC Charlotte. “Generally speaking the economics literature has found little evidence to support the idea that mega-events such as the Super Bowl or the Olympics generate the net economic impacts predicted by event promoters/advocates.”

When Chicago was in the running for the 2012 Summer Olympics, I was excited, I admit, that we’d be hosting some of my favorite events here, but the reality is that I probably wouldn’t have been any more likely to attend an actual event that I am now that it is in London.  Whatever excitement and pride the event garners for a City, according to the reasearch, it doesn’t bring in actual positive change for the local economy or for the people who need the economic boost the most.

I tried to find some numbers on the incredible waste at the Superbowl, and a few popped up, but mostly, I read articles about whether or not it was worth it for Ford, for example, to drop millions on ads. The conversation about how much is consumed not only at the Superbowl, but also all across the country, seems uninteresting to anyone but a few green bloggers.

At Treehugger.com, I found some interesting data on energy consumption in an article by Stephen Messenger in an article from 2009. It is worth a look, at any rate.

310,000: Pounds of carbon emissions generated by the Super Bowl.

1,000: Number of NFL defensive linemen to equal that weight.

187,000: Kilowatt/hours of energy estimated to be spent at the Super Bowl stadium.

This infographic at Design Crave is worth perusing, just for the ridiculous amount of money we all spend on entertaining ourselves for this corporate boondoggle. I did enjoy HE’s party, and it is great to see family and friends, and to eat good food, while enjoying some good company. Maybe we should spend the money on food and beer for other occasions, too.  I suppose this event gives us a reason to get together, and I have to say that is worth something. Still, the feeling that this event is a drain remains.

Next year, if the Superbowl could be broadcast with black outs instead of ads, maybe those companies could support something that matters — instead of supporting the 1% and corporate greed.