Posted on January 20, 2012 by Necessity is the Mother of Invention 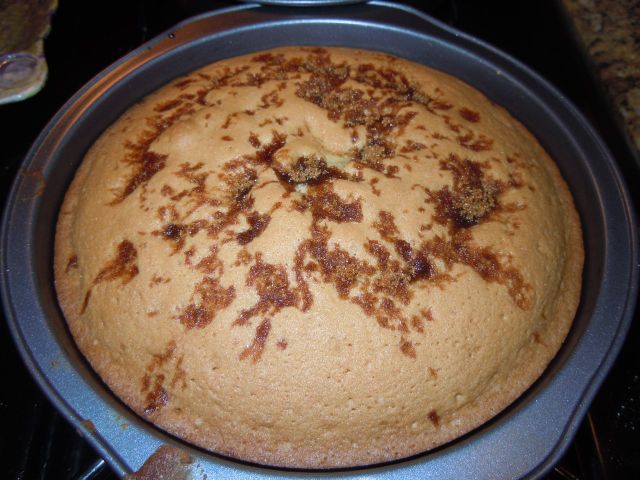 When I read the directions for Dorie’s quatre-quarts, this week’s French Fridays recipe, I thought, “Oh, how simple, I’ll double the recipe and make two!”  Dorie notes that the recipe is simplicity itself — four parts each eggs, flour, butter, and sugar. I whisked my egg whites to perfection, and was impressed with myself, since on my first try, I achieved those snowy white peaks. My confidence was premature, and after this first small success,  I added the ingredients in the wrong order and to the wrong base (I added sugar to the egg whites instead of to the beaten egg yolks, and it went down hill from that point).

I was less careful than usual in my kitchen, and instead of getting the ingredients and tools prepped first, I ran around grabbing what I needed as I mixed.  Gorilla Girl had a play date later, and I was trying to work fast in order to be done and possibly bring a cake to her friend’s family. Monkey Man was also looking for his misplaced gnome costume, and the ensuing mania distracted me — I didn’t reread the recipe, my normal habit.

The cakes in the oven smell heavenly, and they look sort of normal, even pretty, so perhaps my out-of-order ingredient adding isn’t such a big deal. 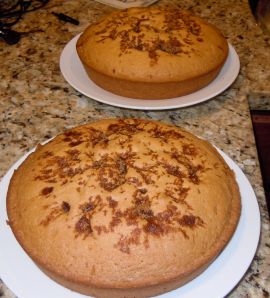 The oven timer beeped, and at 25 minutes, Dorie’s longest bake time, though my cake tops looked to be browning nicely, the knife inserted came out  covered in thick goopy batter. More time solved the problem, but I probably gave them just a minute too long. The cooling cakes looked lovely. 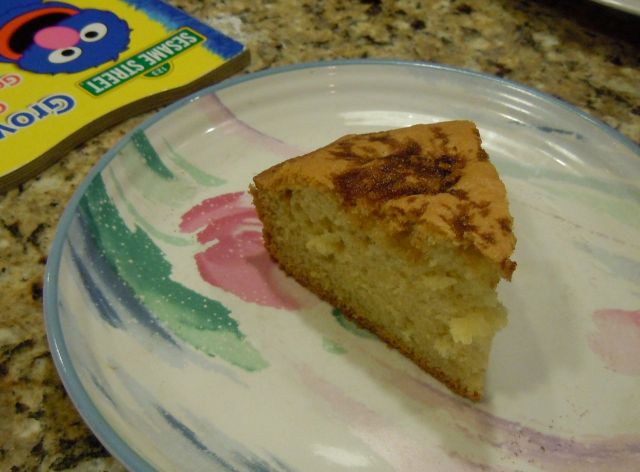 The verdict: despite my kitchen missteps, the cake tastes sweet, but not too sweet, and it has a springy texture, thick, but not quite like the light pound cakes I have tasted.  Because I am not a huge fan of cakes, this one, in its simplicity and not quite American cake texture, fits for me, despite my four by four mistakes. I do admit that I’ll follow Dorie’s steps more carefully next time, and maybe achieve more impressive results.

Here’s the thing, even with my mistakes, this cake is pretty tasty.  French cooking is forgiving, isn’t it?