Posted on January 15, 2012 by Necessity is the Mother of Invention

Over winter vacation, Gorilla Girl and Monkey man became obsessed with Gnomeo and Juliet — an animated, Elton-John infused version of Romeo and Juliet.  The family friendly film predictably alters the ending (double suicide not really being popular with the parents of young children, although in an interesting discussion between Gnomeo and a statue of Shakespeare about the ending,  the film self-consciously seems to evaluate its alterations).  I suppose it could be worse, and I am not too upset about GG and MM having a frame of reference for Tybalt, Benvolio (Benny in this version) and of course, the tragic heroes.  I do wonder what happens when they have to read Romeo and Juliet in 9th grade and they wail over the death of their childhood fantasies.  Ah, I suppose that is what happens in adolescence. 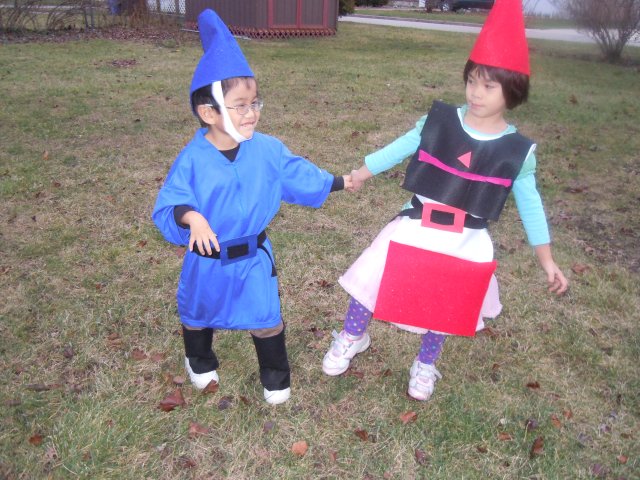 The gnome obsession led to a craving for gnome costumes and Ed, crafty dad that he is, made them out of felt. Monkey Man wore his costume for about two weeks, including to several family parties and a movie or two during break. Gorilla Girl’s costume has sparked further interest in masks and other kinds of dress up imaginative play, so it’s not all that bad. 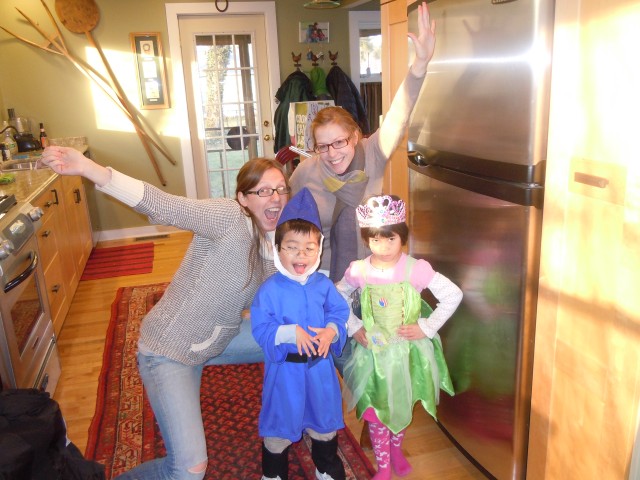 Days later, Gnomeo in costume, GG has moved on to Tinker Bell