The charm of the corn

Posted on August 1, 2011 by Necessity is the Mother of Invention 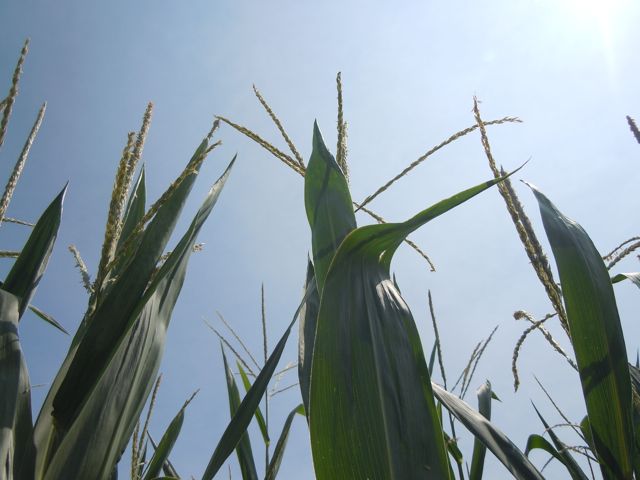 After taking a 25 mile ride yesterday through some of the biggest hills I’ve yet to climb on a bike, I decided to try some flat roads today.  My ride took me on a long winding, slight rolling hills, ride through acres and acres of corn fields punctuated by farm houses, a small town, a river valley and granaries. 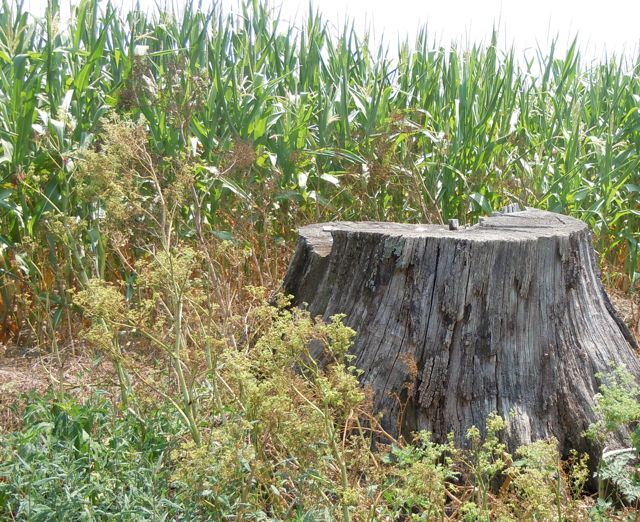 When I was in college in Iowa, the corn fields held an allure for me, a transplanted city kid.  I loved to run out of town to the fields, and even remember spending time watching a former boyfriend sketching the fields at dusk (a sketch that still hangs on one of my walls). Corn is simple yet necessary and basic it its use as food.  Certainly we’ve learned from Michael Pollen about the dangers of single crop large scale farming and genetically engineered corn, but riding through the towering rows, inhaling that smell of slightly damp corn, one temporarily forgets those worries and enjoys the simple presence of food growing. 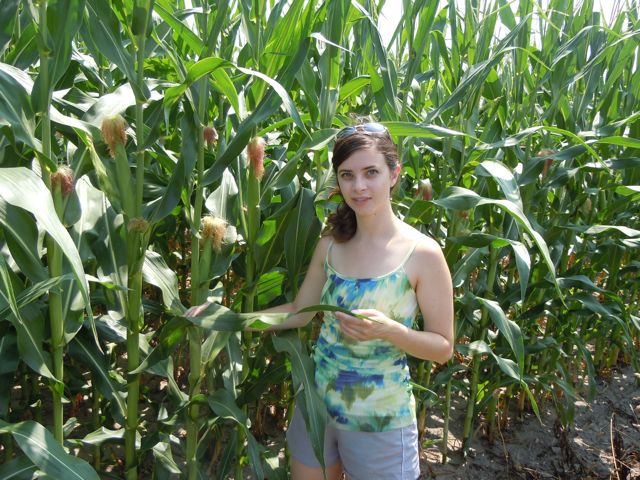 Midwesterners either take corn for granted — or perhaps they venerate the corn — but for people from California, corn fields seem like an especially inviting and mysterious place. My cousin recently visited from San Fransisco, and she wanted to bike ride to the corn so she could wander among the stalks. I obliging took her to a field just outside of town, and we talked there about the mystery that corn holds, about production and kinds of corn, and about how it has sparked imagination.

I suppose the veneration of corn by Midwesterners could be a stretch; after all, for the hundreds of high school and college kids who detassled corn, the fields are hot, bug-infected, scratchy reminders of exhausting summer jobs. 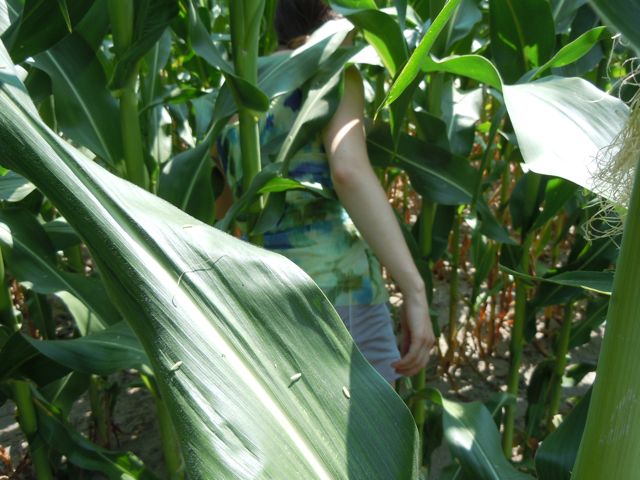 As SRB disappeared into the rows, I thought of Field of Dreams and the mysterious other world that the ball players enter beyond the baseball diamond into the corn fields. I waited on the road, peering into the corn, and even had a moment of worry that I’d lost my cousin to the corn.  For a few minutes, she disappeared from sight, drowned in a sea of waving green stalks. I felt relief when she returned; she inhaled deeply, caressing a leaf, proclaiming the smoothness of the leaf. Her visceral experience of the corn reminded me of the ancient power of corn — of its use at the center of agricultural societies that relied upon corn for sustenance.

The funny thing is that we’ve hardly eaten sweet corn this summer, though I suppose the heavy rains in the spring meant that some fields got a slow start.  It does seem that the sweet corn will soon be present in abundance at farmers’ markets, and I’ll have to sample it to participate in the mystery.

3 Responses to The charm of the corn