Posted on July 20, 2011 by Necessity is the Mother of Invention 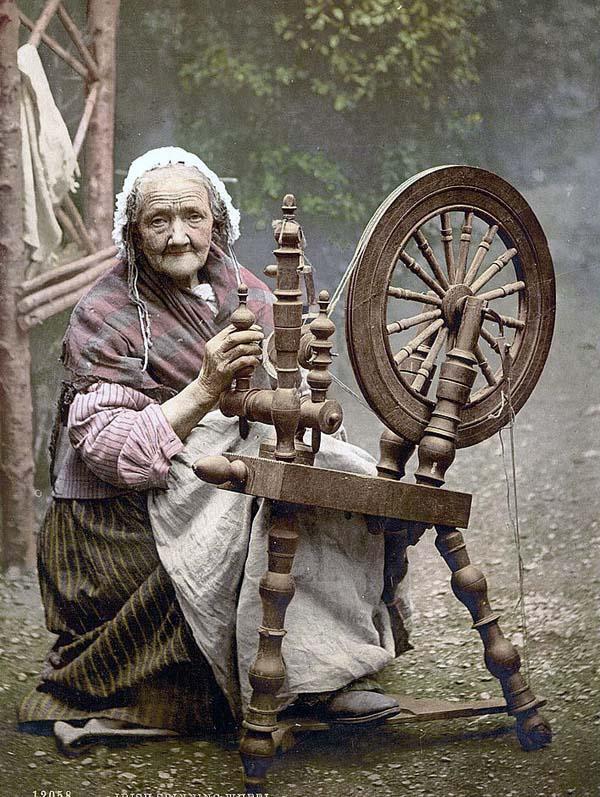 As much as biking is work for me, it beats spinning by miles. I admit that at the start of the summer, I was so out of shape that I joined the YMCA in order to whip myself into some kind of shape by spinning.  At first, I liked it.  After all, the summer started cool and rainy, so being inside while working out seemed a good way to spend my time. Spinning — or group cycling indoors — is a strange experience.  For people who have never done it, explaining how it works brings only befuddled stares, and questions about one’s sanity.

The bikers are packed into a small, dark, loud room, on stationary bikes that are uncomfortably close to each other.  A trainer plays loud music, and depending on the instructor the music can range from Prince to Led Zeppelin (I’ve even had some Christian rock thrown in). Sometimes the group chatters, but most often it the experience is a typical disconnected modern one of interacting in a group without really making a connection to other human beings. I’m not comfortable at making small talk, and I tend to work hard at the gym, so I can’t really engage in playful banter that some cyclists use to distract themselves when the instructor yells for us to increase the cadence or resistance. 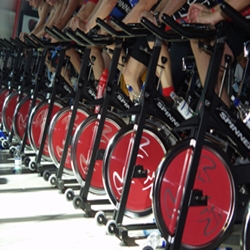 At the Benton Harbor Y, the group cycle class is out in the middle of a main throughway, so passersby gawk at us while we sweat and grunt our way through the workout. It feels a little too public, this being on display while suffering — like a monkey in a cage.

After a week of spinning, I started doing more road riding and gradually stopped going to the Y in favor of outdoor rides and runs.  Today, after four days of intense heat (and running and biking in it), I had the brilliant idea of going to the Y to spin. Even with the heat, biking outdoors would have been a better option. The spin class lasted an hour, and I was uninspired afterwards. I worked hard, but the view of the back of the rider in front of me set my mind to wandering, and wishing that I was on the road where I could at least feel something other than forced air, and hear something other than the hum of fans and top forty hits.

Okay, so spinning isn’t really biking’s evil twin — perhaps a less inspiring and rejuvenating one, though. And that spinner of old, she didn’t need classes or instructors to keep her on her game.